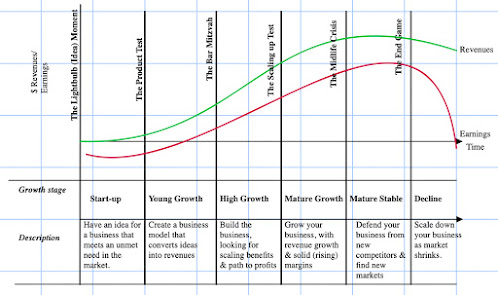 While there are companies that find pathways to reincarnation (IBM in 1992, Apple in 1999, Microsoft in 2013), they remain the exceptions to the rule that fighting corporate aging creates more costs than benefits. The life cycle is useful not just as a device for chronicling corporate age but also in identifying the challenges that companies face at each stage. It is also worth noting that the free cash flows, i.e., cash flows left over after taxes and reinvestment, vary as companies move through the life cycle: 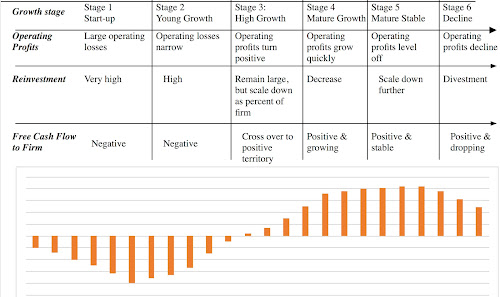 In general, negative cash flows (cash burn) are a feature of young companies, cash build ups occur as companies grow and mature, and declining companies return cash as they shrink. Finally, to understand how companies change as they move through the life cycle, I will draw on another general construct, the financial balance sheet: 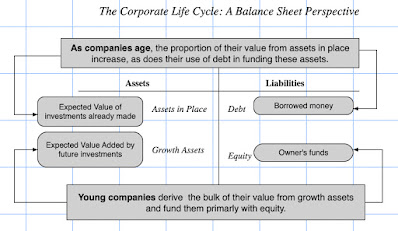